About the same time as the “Sperm Alarm” piece appeared near Victoria Station, another piece popped up in Camden. This piece was first reported by JOHN19701970 in Flickr. Although, not confirmed as an original Banksy, it bears some of his trademarks. The location is the same as a previous Banksy piece, which caused the “Banksy vs. Robbo” graffiti war. The piece has similarities with one of his works on the Palestine wall:

With the goldfish jumping out of the fish bowl and towards the picture of the ocean, it is quite a funny piece, and the type of humor we often see in Banksy’s work.

Taking these pictures I saw many people rushing past, and at first glance they didn’t pay much attention to it. Some people stopped up for a bit to have a better look at it, and then had an “a-ha” moment when they got the humor of it and noticed the quality of the goldfish stencils. 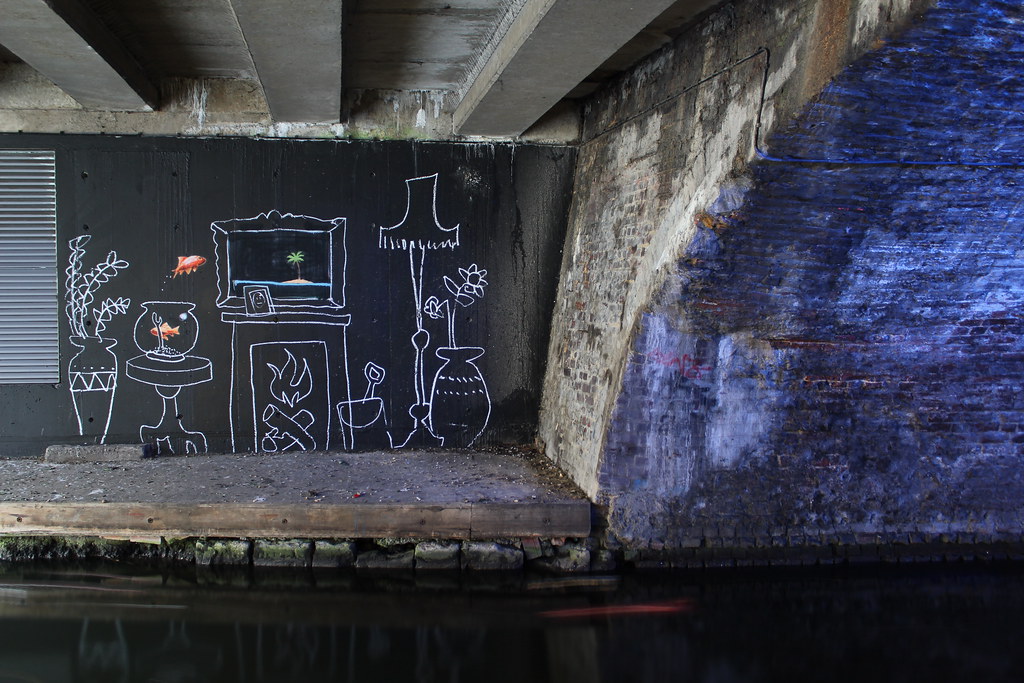 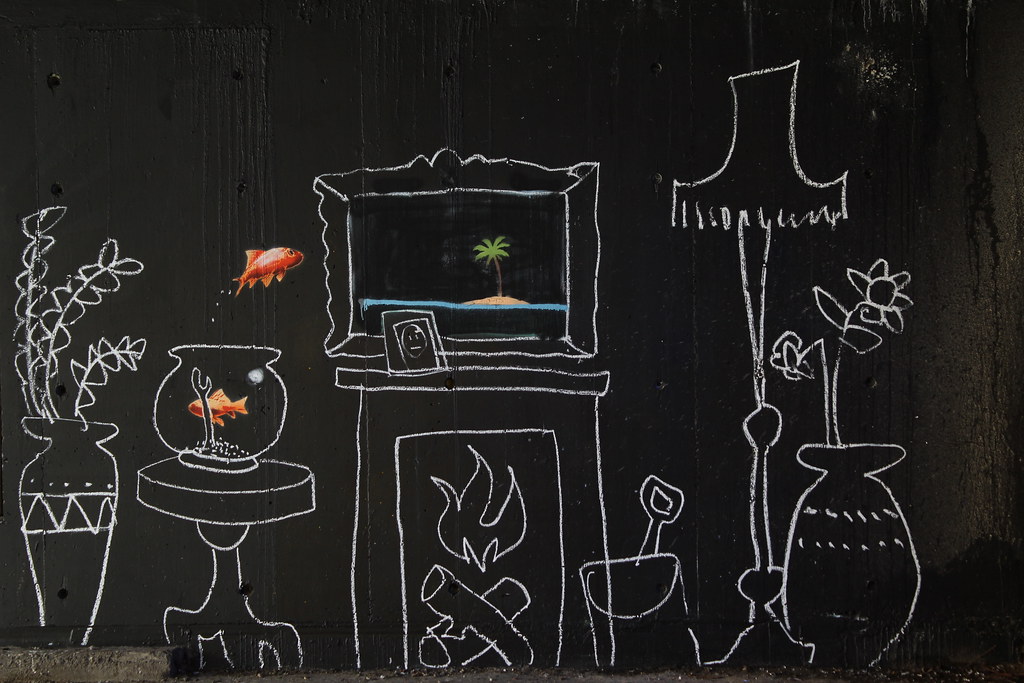 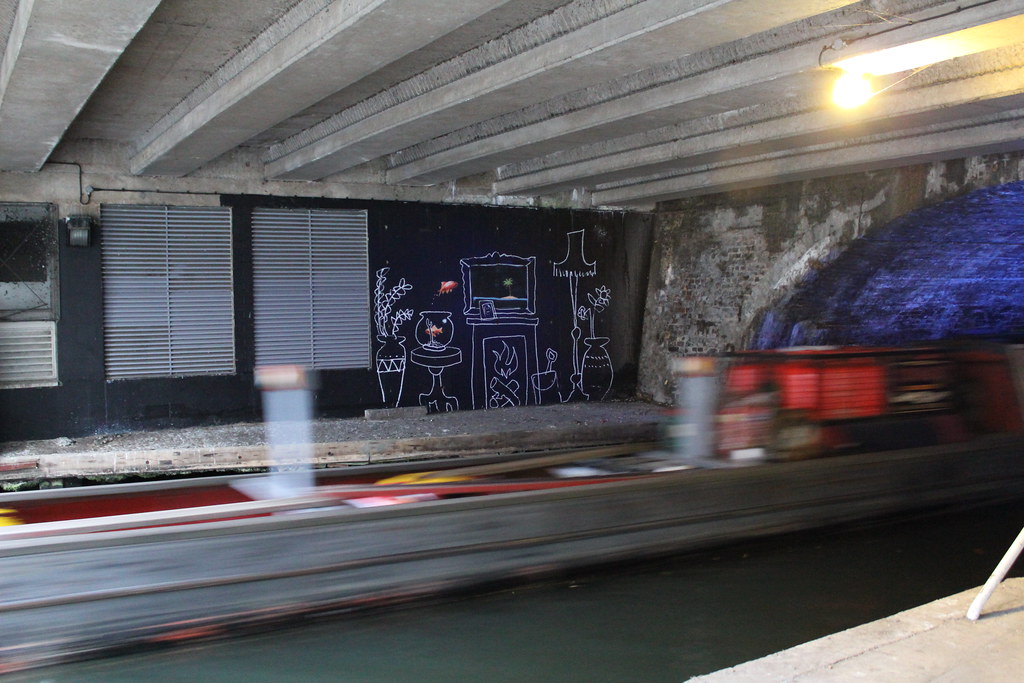 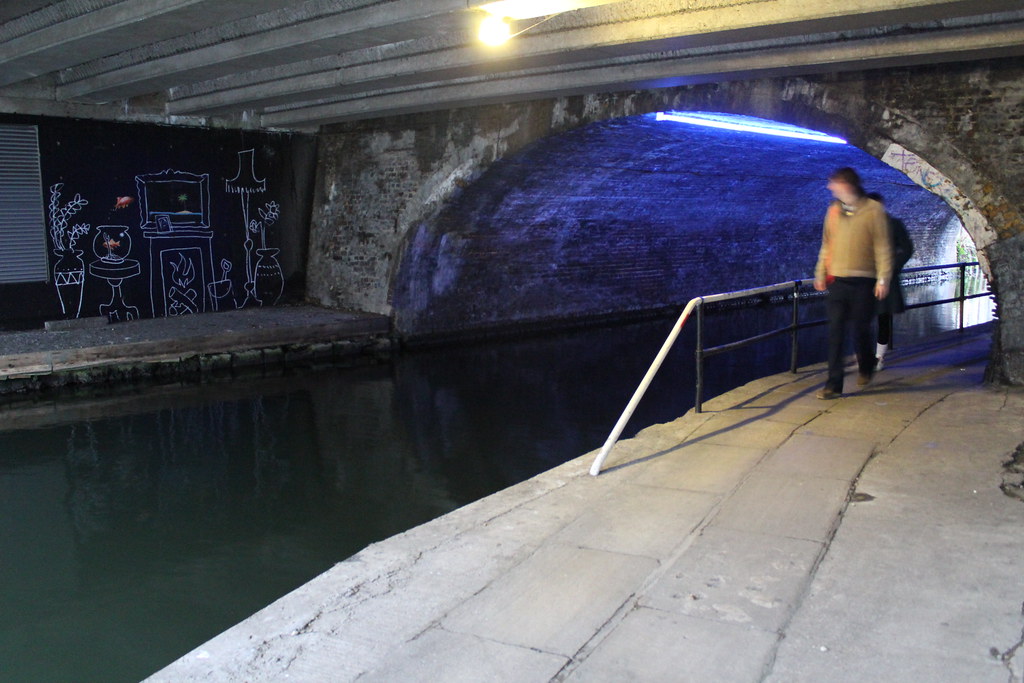 UPDATE: A few days after this piece originally appeared, it seems Banksy returned, this time leaving an armchair. 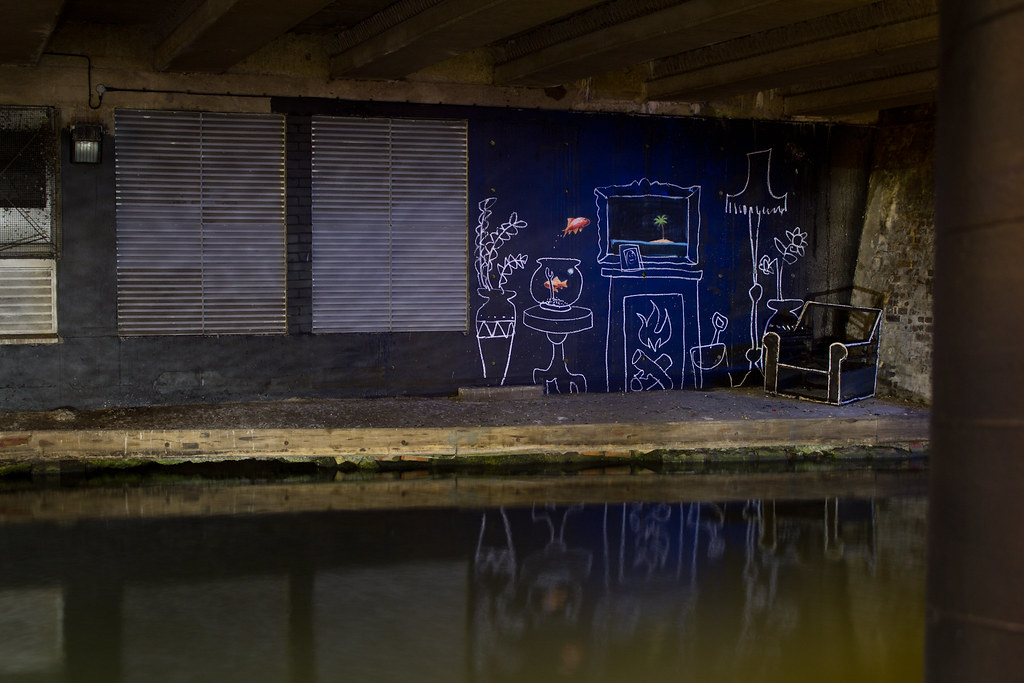